When we said that Hard Nock Life was for archers by archers, we were serious. We are all dedicated to the sport and more than willing to help others with any archery questions they may have. Just give us a holler! 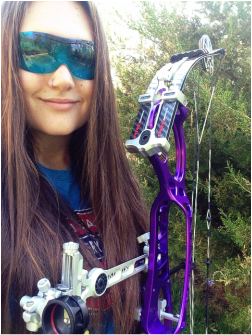 Hey everyone! My name is Amber and I am the founder of Hard Nock Life Archery, which I run in partnership with my friend Darylyn. I have been shooting since 2011. I got into archery after trying it with some friends, and I was instantly drawn to the sport and started taking lessons at my local range. A few months later I bought my first bow, a black and pink Strother Allure. Although I will always love my first bow, I now shoot a purple Hoyt Pro Comp Elite XL. Over time I got better and better at the sport, and eventually got into competition. Now I train every week under the guidance of Derek Davis, and my hard work has payed off. I have won 1st place in multiple indoor and outdoor New Jersey State Championships, 2nd place in the Massachusetts State Open and Star FITA Tournament, 2nd place in the New England Open (lost 1st by one point), and most recently 1st in the Connecticut State Championship. I hope to do well in more competitions in the future and maybe one day compete on the collegiate level. Also, one day I want to open my own range and pro shop so I can help people learn the sport that I fell in love with. Archery is in my life for a reason, and I intend to make the best out of it! 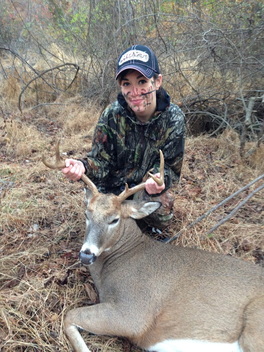 Hey all! I'm Darylyn (or Dara for short) I am the original co-author of Hard Nock Life Archery. Amber and I met during a local competition in 2013 and we've been friends ever since. I started shooting in 2013 after hearing my uncle was a bowhunter. I thought it was the coolest thing. So I started taking lessons and I was in love. After about 10 lessons I had saved enough money to buy my pride and joy, my Hoyt Spyder 30. I became a NJ hunter in the summer of 2014 and I have a 5 point buck and a doe to my name so far. I also own a Hoyt Pro Comp Elite FX and a Pro Comp Elite XL (to add to my list of bows I have my lovely Ben Pearson Colt that I inherited from my uncle.) I'm getting into more serious competitions this year and I'm hoping to be in the olympics one day. After the olympics my next goal is my own hunting show.
I'm excited to see what this year will bring the archery world.
Shoot on<3 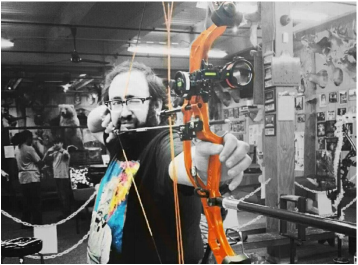 Hey there, Brian here. Staff writer, adviser, and jester of the HNL team. I have been shooting for about 2 years, after buying my mother-in-law a groupon for an archery lesson and never looked back. Whatever free time I have is spent at the range, or thinking of cool new targets to shoot at, (and now trying to put my ramblings down on paper). I know a few things about a lot of things but am by no means an expert on any. Currently shooting a Hoyt Freestyle in my signature orange. I believe in sustainable hunting, so I eat all the targets I kill (fiber is good for you).  Haven’t gotten in to hunting just yet, hard to hide a giant orange bow with a 3 ft stabilizer. I may not be a pro but I think I am the only archer beside Katniss to have an action figure. 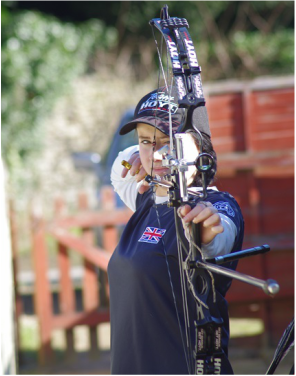 Hi, my names Phoebe. I am currently 17 years old and have been shooting since 2012.
I started shooting after trying on holiday and decided to just start it for fun.
To begin with I was against using a stool because I didn’t want to look different but had to if I wanted to compete and now I’m cool with it.
I first shot for GB in March 2015, in Holland and got Bronze in the Open Women’s team round. My biggest ‘wins’ to date are that I am currently indoor and outdoor national champ for the Under 18’s women compound juniors. 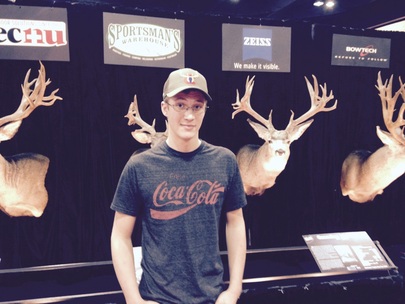 Hi everyone! I'm Quincy. I started shooting in 2007 when my dad bought me a bow so we could spend some family time together, I shot a little Browning Micro Midas 3. Ever since then I have been hooked. I currently shoot a black Hoyt Vector Turbo(it has so many colors on it, I call it the Rainbow Bow), a Blue Fusion Hoyt Contender Elite, and a camo Mathews Switchback, but have shot a few PSE's as well. I work at my local shop as a bow technician, where I fix bows as well as coach people on everything from technique to hunting apparel and tactics. When I first started shooting I had huge hopes on hunting when I grew up, and living in Colorado I have had a fantastic chance to achieve that goal! I started shooting competition about a year ago, and go to mostly 3D shoots in Colorado. But hunting and coaching are my true passions, and I hope to one day own my own shop. 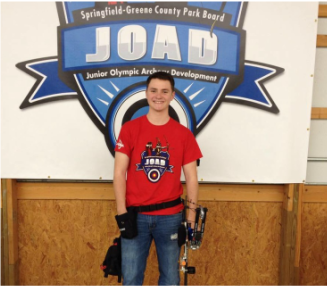 I am a 17 year old archer from Missouri. I have been shooting for 6 years and 4 years as a competitive archer. I won my first state championship in 2011 for the Missouri ASA organization. From there I have gone on to win 2 more ASA state championship, the third quarter USA mail in tournament, Missouri Archery Association Indoor State Championship, the Show Me State Games Outdoor FITA and I placed third in the 2015 Missouri Bow Hunters Indoor NFAA indoor tournament. I am a coach at the local JOAD club in Springfield where I live. I am interested in shooting for your staff team because as you, I like to help and coaching younger archers to form a stronger future for archery and spread awareness for the sport. 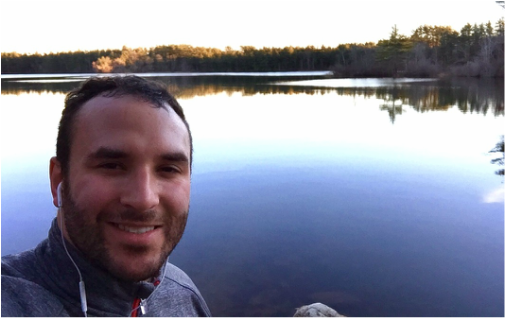 My name is Adam and I'm an avid outdoor enthusiast. My passion for the outdoors, wildlife preservation and bow hunting is unlike any other passion I have in my life. I've always wanted to bow hunt since I was a little kid, and now with a new career path and more time on my hands cause of it, I couldn't be more thankful and more humble about being apart of HNL - Archery.  I'm a fairly new shooter , however with how much time and preparation I've given for bow hunting over the last 6 months, especially shooting my bow almost every single day, I've made significant strides in being "almost" dead accurate every time I hit the range or a 3D shoot. I currently shoot a Hoyt Nitrum 30, and am very happy I made the decision in picking a Hoyt Bow.  I love the outdoors and Im a big backer of wildlife management and preservation. My goal is to reach in what I believe is the Pinnacle of Bow Hunting, and that is to one day arrow a monster Big Bull Elk in the high country of Colorado. It is a dream and this is my path. Thank you! 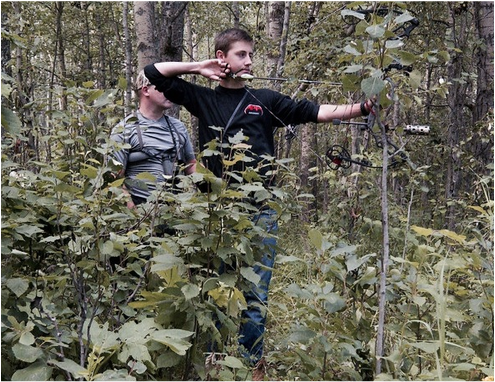 My name is Devon Riep and I'm 17 and I am a professional archer. I have been shooting for as long as I can remember, from back yard targets to bear hunting trips to national competitions. My grandpa, dad and brother all love the sport and shoot with me in competitions. I am currently shooting the Elite energy 35 for both target and 3D, and the APA viper nano for a hunting bow. I am sponsored by Grizz targets and am a volunteer shooting instructor at my local club. 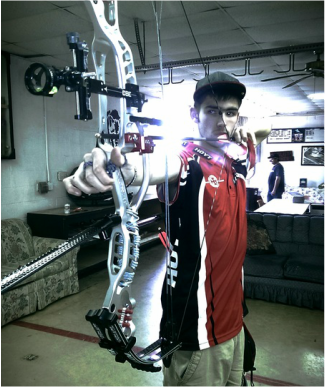 My name is Chandler McClister. I've been shooting for 8 years now, and been competing for around 3-4 years. Been shooting Hoyt since I could remember, and love everything about them. The podium is definetly the best target bow I've ever shot. Sponsored by dominion outdoors and in the shooter program with Hoyt. Aiming to be the world's best. One dream would be a pro staff member for Hoyt and shoot with some of the pros I've been watching for years. Shooting Truball, Fuse carbon blades, CBE and Shrewd sights, and Goldtip arrows. 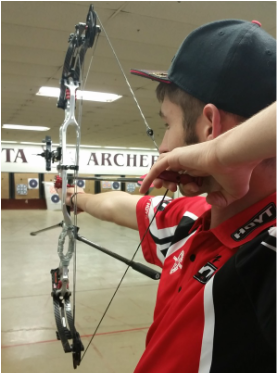 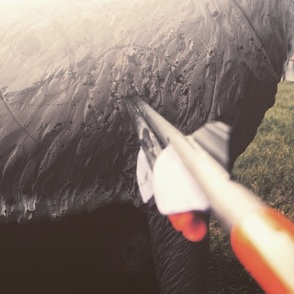 My Name is Izaiah Ellis, and I am 15 years old. I live in Washington state. I am newly a photographer for HNL Archery. I enjoy all aspects of archery, ranging from hunting to competing. I am also a staff shooter for TruBall. I have joined the team because I would love to share the joy archery has brought to me. 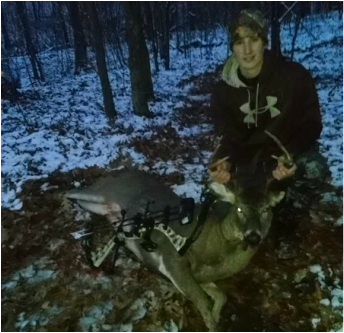 Hey guys, I'm John Dietrich and I'm from a small town in southeast Ohio.  I graduated from high school in 2014 and now I am currently a mechanical engineering student and golfer at the University of Mount Union.  I'm a huge bow hunter also! I love to hunt deer and turkeys and anything else I can.  I started off shooting a Cabela's Regulator bow and I shot that for two years but now I shoot the Hoyt Nitrum Turbo.  I am a huge fan of Hoyt bows now too!  Through the years of hunting I have gotten my fair share of my bucks and gobblers with the shotgun but I am still the proudest and most excited about my first 8 point with my bow (I also can't wait to say this about my first tom with a bow too which will hopefully happen this spring).  Since then my passion for archery has grown even more than from what it was before and has given me more respect for the sport of bow hunting and archery.  Now I'm always wanting to go shoot bow or try to do trick shots with it like shooting skeet or trying to shoot a golf ball off of a tee like I did in the picture below! I'm always ready to shoot bow or get it tuned up and ready for season!
contact us
Powered by